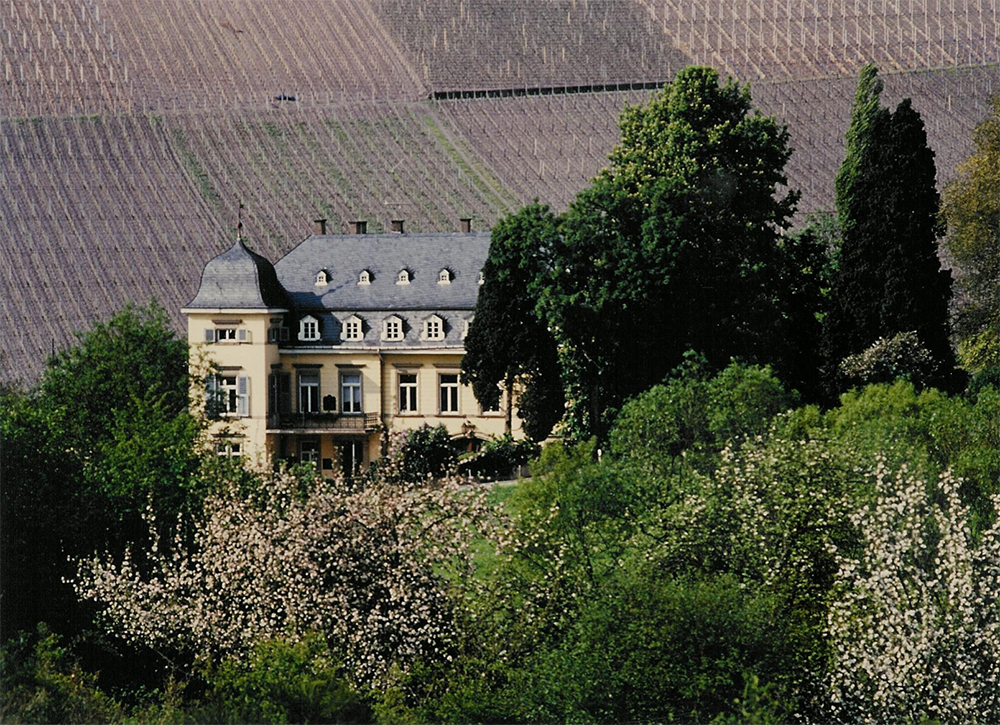 Egon Müller is one of the most iconic estates in all of Germany. The estate has been in the hands of the Müller family since 1797. The wines of Egon Müller have the reputation as being amongst the finest Rieslings in the world, and rightfully so, as the estate owns 8.3 of the 28-hectares of the famous Scharzhofberg vineyard in Germany’s Mosel-Saar-Ruwer region. Scharzhofberg is considered to be the Grand Cru of the Mosel, and as such, it is allowed to be labeled with its vineyard name, or “Einzellage”, rather than its village name.

Scharzhofberg is an absolutely breathtaking site, which was most likely to have originally been planted by the Romans. Situated in Wiltingen, removed from the Saar in a side valley and facing south, its slopes are quite steep, with a 30–60% grade, and sits high at 180-280 meters elevation. The vines are planted in the grey Devonian slate, and the soils are very deep, with no bedrock. The family exploits their single-vineyard holdings to the fullest, as all the wines are made using estate-grown fruit from two parcels: 8.3 hectares of Scharzhof and 4 hectares of Le Gallais, which consist of the Kupp and Braune Kupp single vineyards. The Müller holdings in Scharzhofberg also include a rare parcel of un-grafted vines that were planted in the 19th century.

Egon Müller is a master at his craft, making simply brilliant wines that beautifully capture the unique terroir character from these special vineyards. The estate produces Riesling under both the Qualitätswein and the Pradikatswein designations, which range in style from off-dry to sweet. Each vintage they typically release a Kabinett, Spätlese and Auslese, and Auslese Goldkapsel and in certain vintages they produce, Beerenauslese, Trockenbeerenauslese and Eiswein. The wines are the benchmark for Riesling in the Mosel, displaying incredible clarity, precision and balance. They can be hauntingly delicious in their youth, but alos have the ability and track record to age for decades making them some of the worlds most sought-after and collectable wines.