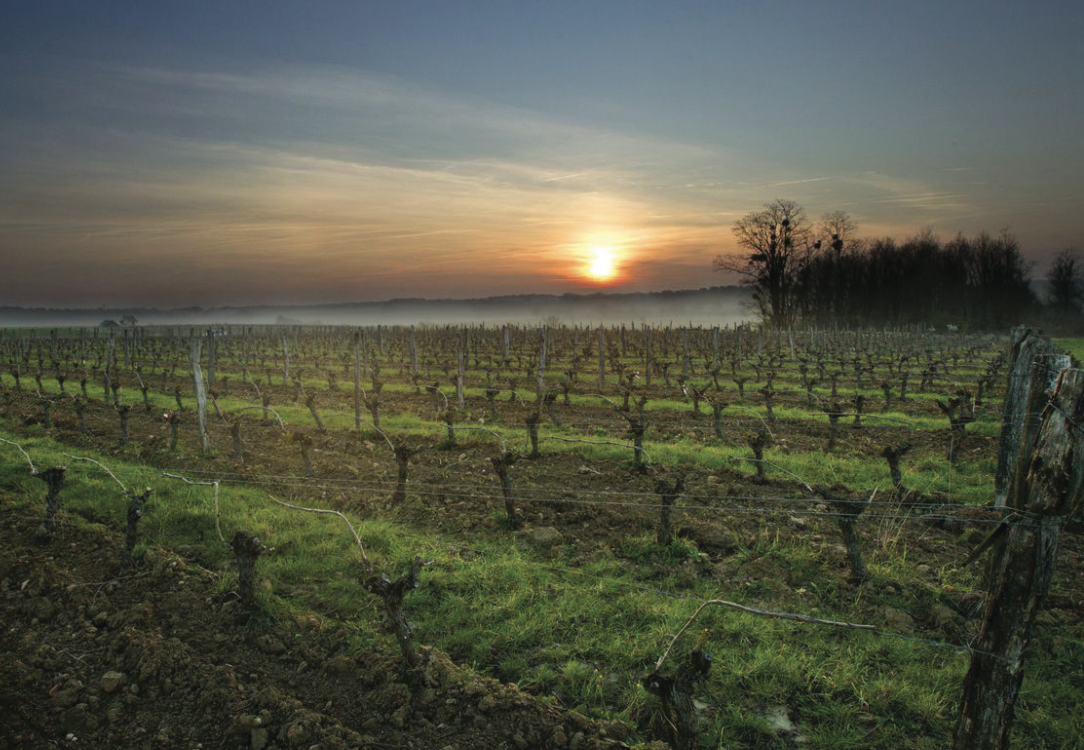 About Clau de Nell
Significant financial difficulties and a call for aid from the previous proprietors brought the property to Anne-Claude Leflaive’s attention. In 2006, Anne-Claude and her husband, Christian Jacques, had created a company to help new biodynamic wine growers take advantage of their established commercial network. In order to assist the struggling venture, in 2008 they purchased the domaine, which had not produced any wine for three years due to lack of means. It was a moment of serendipity for the abandoned vineyards and the Leflaive-Jacques family, culminating with the arrival of Sylvain Potin in 2009, well-versed in biodynamic viticulture, to be their estate manager. Christian Jacques concludes that “We have not chosen Clau de Nell, so much as Clau de Nell has chosen us!”

The 10 hectares (24.7 acres) of vines is situated on a gently sloping hill surrounded by open countryside. in the Loire Valley wine region of Anjou, southeast of Angers and northwest of Saumur, in the village of Ambillou-Château. The vines range in age from 30 to 90 years. The vineyard, sits on a south-facing knoll, consisting of eight contiguous hectares (19.8 acres), of which five hectares (12.4 acres) are planted to Cabernet Franc, two hectares (4.9 acres) to Grolleau and one hectare (2.5 acres) to Cabernet Sauvignon. The soil is sandstone grit and red flint over tuffeau (the soft limestone of the region). The vineyard is on a slope at an altitude of just 90 meters (295 feet), 120 kilometers (75 miles) from the Atlantic Ocean. From the top of the knoll, surrounded by open countryside, the Loire River can be glimpsed in the distance.

The highest point of Clau de Nell offers a glimpse of the Loire in the distance; from here, an uninterrupted view unveils the sky and the river on the horizon, as well as rows of Grolleau, Cabernet Franc, Cabernet Sauvignon and Chenin Blanc. As with Domaine Leflaive, all of Clau de Nell’s wines are 100 percent biodynamic. Overall, the wines from Clau de Nell are remarkably structured, terroir driven and age-worthy.

Grolleau, a varietal native to Touraine, has played a major part only in Rosé d’Anjou in the past, as it is prone to very high yields. When yields are limited, however, and the vines are very old and cultivated 100 percent biodynamically, as at Clau de Nell, the results are surprising, with a remarkable purity of fruit and velvety, tight tannins.

Chenin Blanc has been planted in 2012 and 2013 on 1.5 hectares (3.7 acres) of limestone/clay soil that is most-suited to this noble white varietal of the region. These young vines at Clau de Nell will come into production in 2015. Clau de Nell will produce a Chenin Blanc “Saumur” in 2013 from one hectare of a neighboring vineyard which is farmed biodynamically.