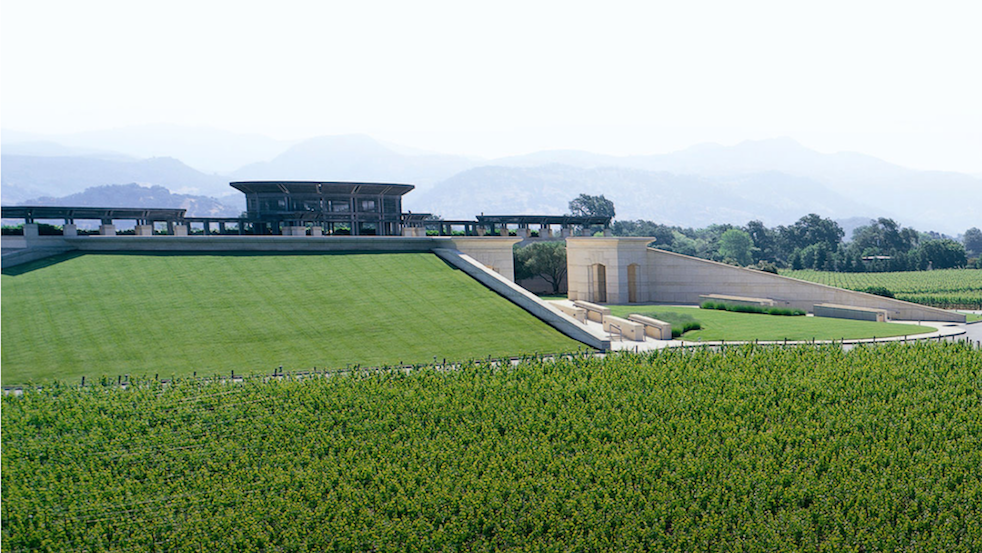 Opus One is one of Napa Valley's most historic and important wineries. The winery began in 1979 as a patnership between Robert Mondavi and Baron Philippe de Rothschild, becoming the first ultra-premium California wine to be sold in France and Internationally.  Opus One is a Proprietary Bordeaux-style blend made from a selection of their best grapes. While the grape composition of each vintage is different, Opus One is most often a blend of five grape varietals – Cabernet Sauvignon, Cabernet Franc, Merlot, Malbec and Petit Verdot. Today, Opus One is without a doubt one of the most recognized wine in the world.

Opus One’s first estate vineyard was acquired in 1981 when Robert Mondavi sold the 35-acre 'Q Block', part of his famous To-Kalon Vineyard. Then in 1983, the River Parcel, a 50-acre ranch in Oakville, was purchased, followed by the acquisition of the 49-acre Ballestra Vineyard, adjacent to the River Parcel and extending south to the Oakville Cross Road. In 1995, Opus One viticulturists replanted the original 'Q Block' with low-yield, high-density spacing and phylloxera-resistant rootstock. In 2008, Opus One acquired its newest piece of the To-Kalon Vineyard, the 48-acre 'K Block' whihc was formerly owned by Robert Mondavi Winery.

The winemaking team at Opus One is lead by Michael Silacci, who focuses around traditional approaches wherever they work best, and when modern techniques benefit the winemaking process, they are researched, evaluated and integrated into practice. This constant strive to utilize the best land and winemaking practices are just one of the reasons Opus One is able to continually produce extraordinary wine Year after Year. Opus One has a earned a renowned reputation for excellence since 1979, and today they are currently producing some of their most compelling wines ever, solidifying their prestige one of the most iconic wineries in the world.