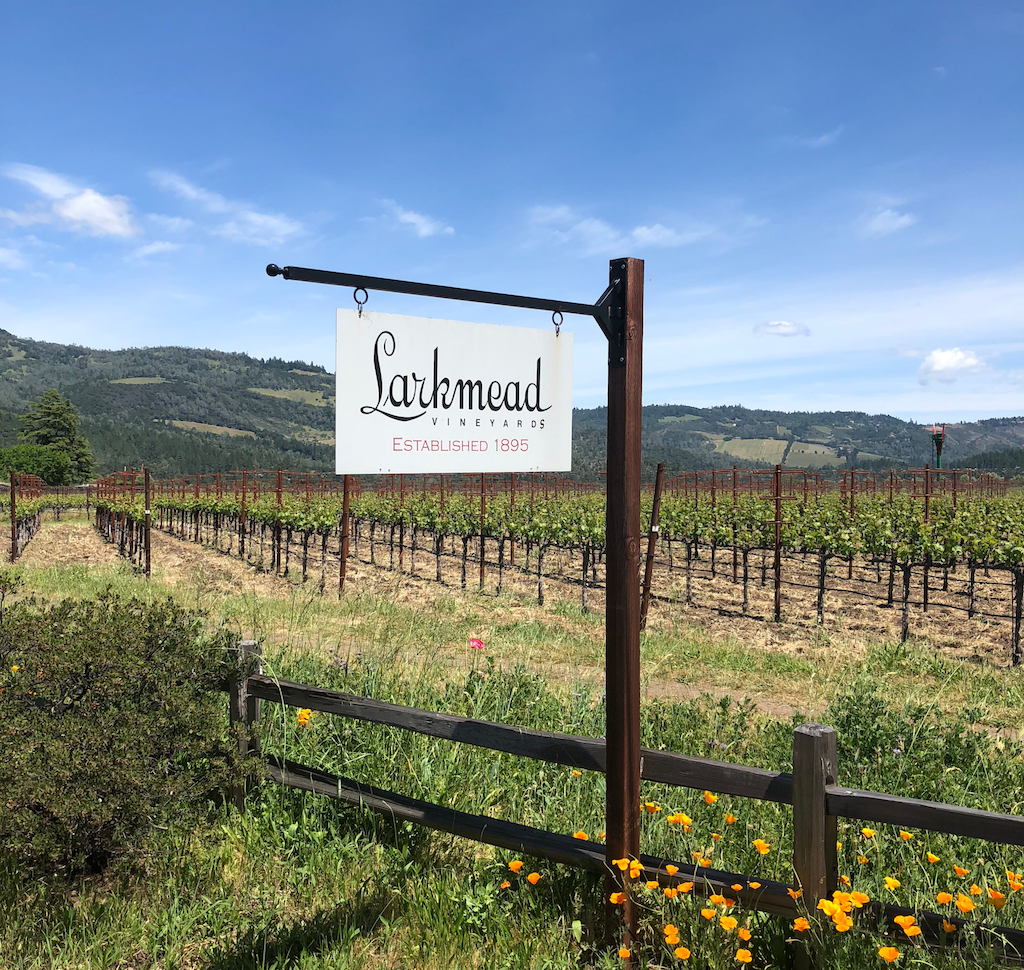 Originally founded in 1895, The historic Larkmead estate is one of the oldest family-owned establishments in Napa Valley. The estate is now under the supervision Cam and Kate Solari Baker and winemaking is lead by Dan Petroski.

Larkmead’s 110-acre vineyard features a remarkable diversity of soils. It is comprised of seven soil profiles and the presence of colluvial fans. The vineyard benefits from a unique micro-climate with some one the most extreme diurnal shifts in the valley. The mornings and nights are kept cool from the fog that comes in from Chalk Hill Gap in Knights Valley, while the afternoon temperatures tend to be the warmest in valley. The vineyard is bordered by Selby Creek and the Napa River and situated at the meeting point of two colluvial fans that extend from the Mayacamas and the Vaca mountain ranges.

Over time, Larkmead realized that they have much more than a single site, but actually multiple micro-terroirs. Beneath the top surface is 300 feet of ancient riverbed gravel. This well-draining environment provides a rare character typically found in hillside vineyards. Winemaker Dan Petroski utilizes this unique terroir with diverse soil types like an artist painting a portrait. He accomplishes this by vinifying each lot separately by clonal selection and soil type, in effort to keep the distinct characteristics of each soil type in the wine.

A Block: Represents the heart of Larkmead’s wine program and the pinnacle of their Cabernet Sauvignon production. It contains the rarest of the soil profiles (Cortina gravel) and also sits at the highest point on the property.

B Block: Home to the Larkmead winery. Surrounding the winery on three sides, B Block is Merlot dominant with smaller amounts of Sauvignon Blanc and contains loam soils.

C Block: Consists of six of the seven grape varieties planted on the vineyard. Framed by the river woodland on two sides, this block features both the most fertile soils and the coolest average temperatures.

From these three blocks Larkmead produces 8 different and distinct wines. The "vineyard wines", made from all parts of the property. These wines are the Napa Valley Cabernet Sauvignon, Firebelle, LMV Salon and a Sauvignon Blanc called 'Lillie'. They also produce their "Larkmead wines", which are the pinnacle of their wines and include Dr. Olmo, Solari, The Lark and an old-vine Tocai Friulano.